Bill Dunlap is leading the maritime hymn sing on Sunday afternoon.  He is a law professor at Quinnipiac University in Connecticut, where he teaches international law, including the law of the sea.  He is currently researching the history of maritime hymns—prayers for mariners’ lives and vessels, metaphorical religious lessons for landlubber churchgoers, and the songs that sailors themselves sang aboard ship or in a seamen’s bethel ashore.  He grew up singing these songs two or three times a week in church, but not so much for the past 60 years.  His most recent publication is on changing concepts of ownership in underwater cultural heritage, including CSS Alabama, RMS Titanic, and other historic shipwrecks.

He is a member of the enforcement panel of the New England Fisheries Management Council, a federal regulatory body, and has been the chair of the Admiralty and Maritime Law Section of the Association of American Law Schools.  He got his undergraduate degree from the New School for Social Research in New York, his law degree from Yale University, and his master’s from the Scott Polar Research Institute at Cambridge University.  His thesis was on the impact of global warming on the legal status of the Soviet (now Russian) Arctic straits that form the Northern Sea Route. 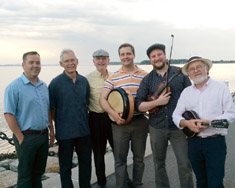 Great Bay Sailor is an eclectic folk band based in Portsmouth, NH.   Casting a wide net, the band performs out of an extensive repertoire of maritime, Irish/Scottish, British and Oldtimey music.  In the maritime Read more… 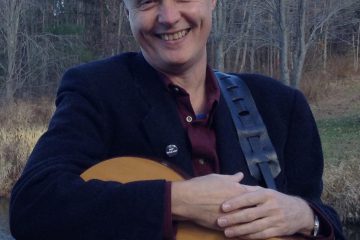 Jerry Bryant is a singer focused on curating great songs from the past 500 years of American, Irish and British traditions. His repertoire includes hundreds of folk songs, with a special emphasis on music of the Read more…